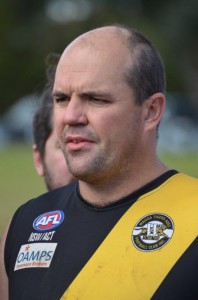 Andrew started playing with the Wagga Tigers U/8’s in 1984, he continued to progress through the juniors until his departure in 1991.

In 1992 he commenced his affiliation with the Wagga Tigers senior club playing in the U/18’s, coached by Mark Gooden. This team went on to win the premiership that year.

In 1993, Andrew made his first 1st Grade debut under the guidance of AFL legend Terry Daniher. As a young 17 year old he burst onto the RFL scene playing at full forward and kicking a number of goals for the year. His consistent form was rewarded by being a part of team which won the 1993 RFL premiership, the clubs first in 8 years.

During those years his roles varied from predominately playing Full Forward, CHF, and Ruck. His versatility was evident as he was a regular winner of the club’s Best Utility Award, Most Courageous and leading Goal Kicker on occasions. In 1999 he was also awarded R/Up Best & Fairest in the 1st Grade. His versatility also earned him RFL representative honours in numerous RFL teams.

In 2002, Andrew was again a major part of the Wagga Tigers push into the Canberra AFL competition. Again his ability to play numerous positions, and constantly contest time and time again, coupled with his physical endurance, size and strength made him a very difficult player for opposition teams in the ACTAFL to match.

Upon the Tigers return to the RFL in 2007, Andrew at 31 years old once again tasted premiership success with the 1st Grade winning the Grand Final, and played his 300th game for the club the same year. He followed this up by a being awarded with the Reserve Grade Best & Fairest in their Premiership winning side of 2011.

Over the last few years his body may have slowed a few yards but his commitment to the Wagga Tigers Football Club has never wavered one bit. This was evidenced in 2011 when he was awarded with the club’s highest honour for a player,  by being inducted as a Knight of Tiger. An award only previously presented to two other players in the club’s history. All in all, 400 games, seven 1st Grade Premierships, hundreds of goals, Knight of Tigers, over 23 years…….not a bad effort old Horsie. 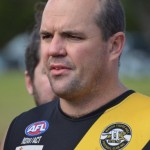 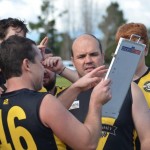 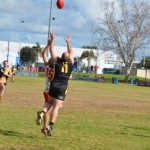 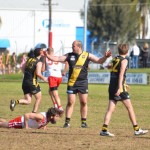 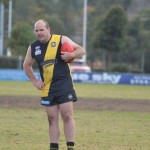 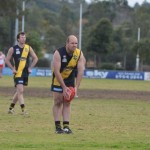 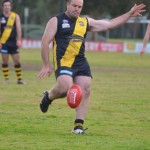 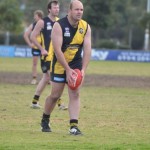 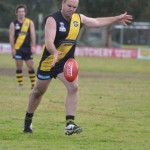 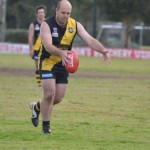 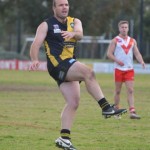 NB: A huge THANKYOU to Michael McCormack for the photographs.